Monday night, three weeks after you arrived at the ER, you finally opened your eyes.
One day after they decided to let you go, you looked at me.
Monday night, you moved your head and you responded to my voice.
Your eyes welled up, but you couldn't talk, couldn't tell me what was wrong.
Monday night, I videotaped you and hoped, no, I knew this was the turning point.
I begged you to stay with us; I promised to help you if you could just stay awake.
Monday night, I let myself believe that it wasn't over.
I told myself this was what we had been waiting for.

Monday night, you said goodbye, but my hope blinded me and I couldn't see it.

Tuesday morning, you closed your eyes. 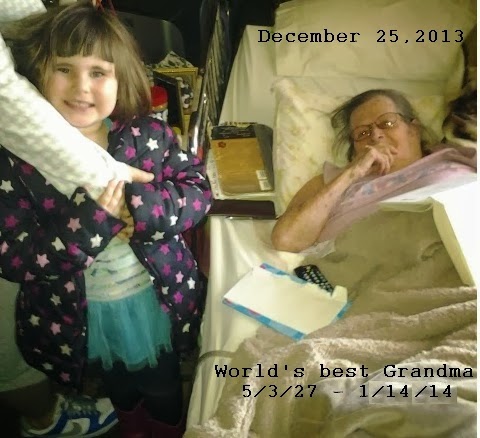 I just deleted four drafts from blogger. Two random updates that were outdated in the wording, a post about anonymity and a list that I've now lost interest in.  I figure I can combine anything from those in this one post and move on from 2013.

I "committed" to posting more and participating in more challenges last year and failed, completely.  I probably won't be better this year but I know better than to publicly commit again.  A lot of my valid excuses for not writing revolved around crafting.

Crafty things I did last year:

-Worked on my crazy quilt entries for the first half of the year, didn't complete the challenge but it was nice to actually spend some time working on my quilt blocks.

-Spent over a month making 50 invitations for a friend's bridal shower. This was way more stressful than it should have been. I didn't want to disappoint the bride, I wanted to impress her friends and family and I put a ton of unnecessary pressure on myself to make everything perfect. But they turned out awesome so I guess it was worth it!

-Designed subway art canvases for a wedding gift and for my sister. They ended up being 24x30"; I didn't take a picture of Gina's after I finished, I was so excited that I took it straight over to her house and then she promised to take pictures of it on the wall but she keeps forgetting too.  Designing these took way longer than I expected-only worked on them in the evenings after work so it took me almost two weeks.  Once the printed canvas arrived from Spoonflower I just wrapped it around an artist canvas and stapled it in place. 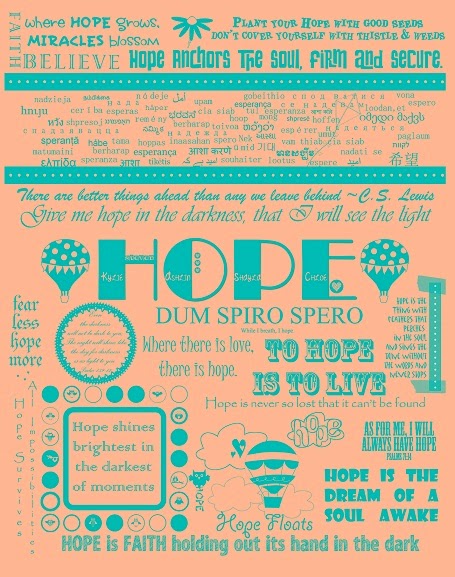 -Made a dozen "Thank You" cards as an additional wedding gift for my friend.
-Made random cards and stamped jewelry gifts for friends throughout the year.
-Made a dozen "Hello" cards for a random stranger in an online holiday gift exchange.
-Made and mailed out two dozen Christmas cards. I waited until the weekend before Christmas so this was a touch stressful.
-Made another dozen Christmas cards for Gina to mail out. I'm pretty sure she let the kids play with them instead. Oh well.

Non-crafty things that kept me from writing last year:
-Played crappy Facebook/phone games.
-Read a few books, not as many as I wanted to. Seems I always challenge myself to 36 on Goodreads then I only get in 18.

Gina is almost finished with her clinical trial. She can't really discuss it with anyone so I can't really go into details but everyone is optimistic. She is in the beginning stages of being in remission and is doing maintenance chemo and the doctors are monitoring her remaining spots in her lungs. I still have some posts on her and cancer and everything but like always, those will be written "later".

My littles are getting too big, too fast. We baked cookies together for the first time. It was so much fun that I'm thinking of making it a monthly ritual and not just a Christmas one. 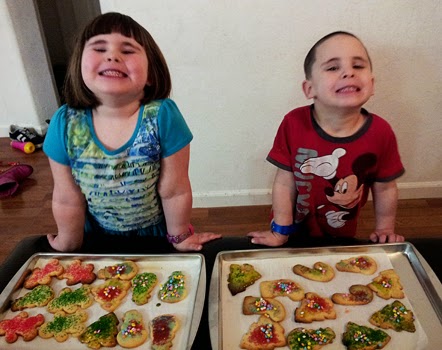 Hope everyone is having a great New Year!

Posted by Rachael at 6:51 PM No comments:

Rachael
I hate introductions. I always feel like I'm writing a personals ad. The best part of my life is my family. I tend to write in run-ons and I overuse "..."